CARMA is a component of the Productive Leadership Model© and represents the set of personal attributes leaders should demonstrate to be successful. 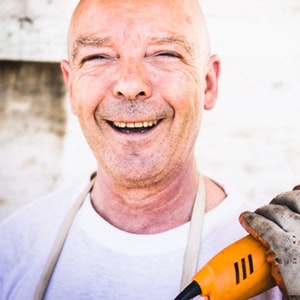 While trying to lose a few excess pounds on the treadmill I tuned into a Discovery TV channel mining show, you know the one.  As I watched the bleeping of expletives, the frustrations of the crews due to miscommunication and equipment failures and resulting gnashing of teeth and throwing of hard hats by supervisors for expectations not met, it became apparent this makes for good TV.  However, it presented a great lesson on leadership or lack thereof.  I marveled at the missed opportunity for what they could learn from a little maintenance and reliability education.  But also the lessons to be learned from a little Productive Leadership Model© training.

CARMA is a component of the Productive Leadership Model© and represents the set of personal attributes leaders should demonstrate to be successful.  CARMA is an anagram for the positive leadership attributes:

Being consistent is being dependable.  Always acting or behaving the same way. In past roles I have been guilty of not being consistent, but as I became more experienced my goal became to be more consistent.  Attentive means paying attention and thinking about the needs of others and the organization.  Respectful means improving the way people or groups behave towards each other; increasing teamwork and harmony.  Motivational is creating eagerness for others to act and support decisions; creating interesting challenges.  Assertive means proceeding in a decisive and confident manner.

During an episode of the mining show, which covers three different crews with wildly different team dynamics, it brought to mind these attributes productive leaders demonstrate.  In one example the crew leader complains, rather colorfully, that no product was sluiced since May.  As the episode progresses you learn that during the last season the leader pushed to keep sluicing up to the last possible moment.  This was despite the fact there were several equipment issues were preventing them from producing at optimum levels.  The crew expressed concerns about failing winches, holes in the dredge which required constant pumping and deteriorating weather conditions.

Good leaders take feedback from their crew.  They allow people to identify and solve problems at the lowest level.  This supervisor was consistent only in his expectations to perform beyond the capabilities of his crew and their equipment.

The team identified problems but were not allowed to solve them.  The supervisor was not being attentive.  Subsequently the dredge was laid up without the problems being addressed.  So, the new season begins with the problems still there.  The leader should be able to answer his own question of why no product was sluiced.  He consistently ignored his crews’ warnings and recommendations to fix problems.  They wanted to do what was right but were ignored.

Next let’s talk about being respectful and being motivational.  In the first paragraph I mentioned the bleeping of expletive laced dialogue.  Let’s just agree the language was disrespectful in both directions.  But it’s also disrespectful to not listen to the crew, or help them solve the issues that are barriers to higher performance.  Sure you can get action in the short term by yelling and threatening people, but if you do that a lot, people will feel disrespected and eventually leave.

The supervisor is also not very assertive.  Yelling does not make you assertive.  Proceeding in a decisive and confident manner would have been shown by acting on the feedback the crew provided.  It would have been better to fix as many of the problems as possible, given the remote location and availability of support.

Another crew lead puts a member in charge of a sluice with the goal of running 400 yards of pay dirt an hour.  The operator expresses concerns about the plant being able to handle the increased rate, the “leaders” response – just do it.  Issues ensue, conveyor can’t handle the increased feed rate, and sluice is shut down.  Crew Lead returns and berates operator for “not running his team properly”.  The leader says he promoted the crew leader too soon, he wasn’t ready for the responsibility.  Then the crew leader makes the parting comment “Can’t run the belt that full, turn the feed rate down and run it”.   It was said to the supervisor hours earlier.  Guidance on how to run the plant, is there any?  Did the leader throw him into the operator into the fire but not set him up to succeed?
Yet another crew lead is complaining about not meeting feed rate, jumps into the loader seat to show them how it is done, soon tires of the task and turns it over to a new operator.  Stands back and criticizes the new operator, who has not been trained, about how poorly they are operating the loader.  Guidance, training, enabling the team to succeed did the leader set up his team for success?
Were these leaders consistent?

Were any of these supervisors demonstrating good CARMA?  These three mining scenarios are contrary to demonstrating consistent leadership.  A good leader:

Provides the foundation for good leadership through CARMA by being: